It’s no secret that the Turks & Caicos Islands is magical, wondrous place. And not only because of the crystal-clear, bright turquoise waters and the stunning sandy white beaches. But also, TCI is teeming with wildlife. You just have to know where to look to find the most amazing sea creatures that you are ever likely to see! The list below should help you figure out what you want to see and where.

1. Coral Gardens & Smith’s Reef – To truly get interactive with the marine life in TCI, go right into the water. Diving and snorkeling experts around the world, including the late Jacques Cousteau, have long revered TCI as being one of the top 10 diving sites in the world. With calm, gentle seas, temperate and clean waters and impressive visibility, a dive into the waters of TCI will yield many amazing views of colorful, healthy coral formations, as well as school of exotic and native fish. Some of the fish you may encounter on a dive or on a snorkeling adventure include barracudas, yellowtail snappers, lion fish, jolt head porgies, and sand-sifting mojarras. The lion fish, while beautiful, can be a touch dangerous, as they have venomous spiky fin rays, mainly in shades of bright red, cream and black. The lion fish are native to the Indo-Pacific region, but these predators are now spreading throughout the Atlantic and into the Caribbean, at times damaging the beautiful coral reefs. Though the spines of the fish can give painful stings, they are non-aggressive, so just admire them from afar and don’t touch them and you should be just fine.

In addition to the schools of fish, you are also apt to see stingrays, lobsters and sea turtles, which will add extra delight and amazement. You can even consider taking a night dive in Smith’s Reef. At night the sea creatures cannot see you as well, and you can get closer and witness them preying, hunting for food and mating. Squids, green moray eels, and the occasional octopus can be seen at night. 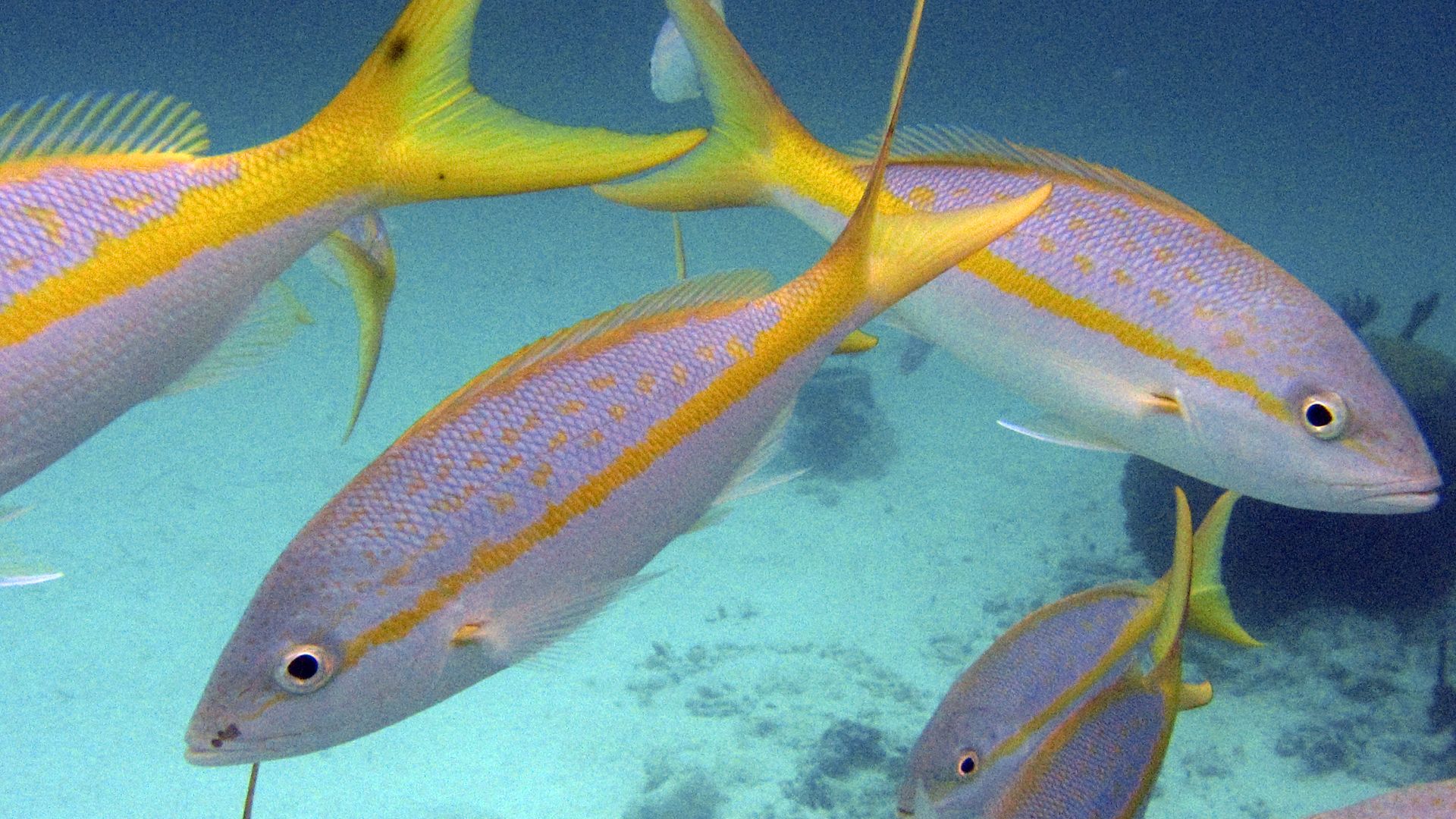 2. Salt Cay – From January to April, you can see the North Atlantic humpback whale migration. Indeed, these gentle giants come from as far away as Iceland and Greenland, to breed and nurse their young in the Silver Banks off the Dominican Republic. Taking a dive or a boat charter will yield amazing views of these incredible sea creatures jumping out of the water, playing, mating and possibly even giving birth. You will have to make it out to the tiny, remote island of Salt Cay to truly get close to the humpbacks, but making the trip is more than worth it when you get to view so many whales in their natural habitat. 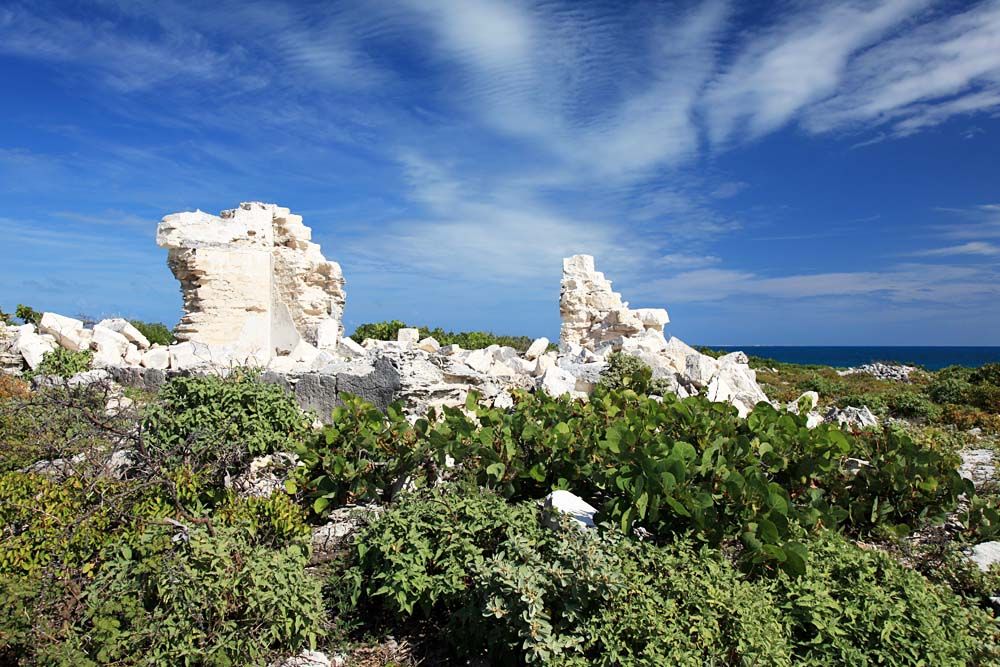 3. Glow worm tour – This is especially a good idea if you have children. Glow worm cruises depart Grace Bay Beach at sunset. While you sip delicious rum punch and let the cool ocean breezes caress your face, you will soon be in for a big surprise, as the darkness falls and the tiny creatures come to the surface. The female glow worm will first release a pulsating, bright green egg mass. Then the male will do a unique little dance, dart inside of the egg mass and cause an explosion that will yield an even brighter yellowish/greenish glow. The the male will sink to the bottom of the sea and die. Despite the somewhat tragic ending of the male, kids will truly delight in the brilliant hues this one night coupling yields.

4. Grace Bay Beach – As if TCI was not magical enough, this sublime paradise even has its own resident Ambassador dolphin. Indeed, JoJo the dolphin can often be seen shuttling around the Grace Bay area, though he also visits Pine Cay and Coral Gardens Reef often enough. He is kind and friendly and he loves to play tricks on divers, often swimming up behind them and hiding, as they try to take pictures. Many visitors to TCI have truly enjoyed witnessing his amusing antics while underwater. Though JoJo is very curious and will often swim near you and interact with you, it is best not to touch him. This is by law of TCI, which tries to preserve its natural habitat and the animals that live in it, but also because dolphins can view touch as an aggressive act. So, just hang and be cool with JoJo and you will have made an exciting new friend! 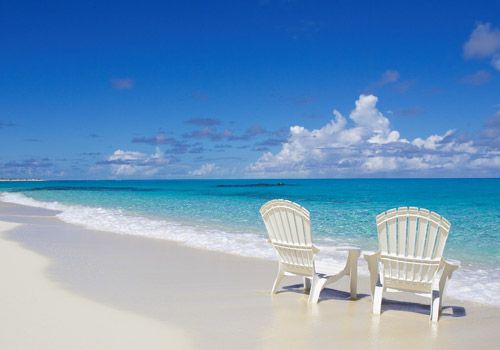 5. Caicos Conch Farm – The only commercial conch farm of its type in the world, Caicos Conch Farm can be a great learning experience about TCI’s chief export; the conch. Conch are large-sized sea snails with pinkish/orangish shells. While visiting the farm, you can meet Sally and Jerry, the resident conch animals and you can also learn all about the mating cycles of the beautiful Caribbean Queen Conch. 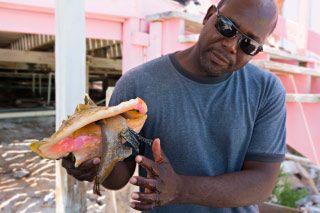 So, there you have it! The best places to see the tremendously diverse population of sea life that resides in the Turks & Caicos Islands. Visiting any of these animals will be a real treat and it is highly recommended that you enjoy TCI’s marine wildlife the next time you make your way down here.

The 11th Annual Conch Festival – A Popular Event in the Turks & Caicos Islands!

Well, it wouldn’t be November in the Turks & Caicos Islands if the annual Conch…

Spend Your Winter Holiday in Turks and Caicos

Valentine’s Day Cup – A Favorite Turks and Caicos Tradition And They’re Off!

It's a frantic race to the finish! The fans and spectators are cheering wildly on the…

The Conch Festival Returns to Turks and Caicos This Fall

Caribbean Journal lists Turks & Caicos as one of t

Happy Holidays from the Tuscany on Grace Bay, righ