The Tuscany Resort enjoys an unparalleled position on the white sands of Grace Bay in the Pearl of the Caribbean Turks and Caicos. Evidenced by Tripadvisor awards and being number 1 out of more than 40 resorts on the island of Turks and Caicos.

The epitome of graceful Mediterranean architecture, The Tuscany Resort offers 30 air-conditioned suites, each with an extraordinary ocean view. Luxury accommodation includes one- two- and three-bedroom suites, with living rooms, dining areas and private terraces or balconies that look out onto the beach. The resort consist of 2 buildings, each building has 5 floors and is serviced by two elevators. Of course, our resort is wheelchair accessible.

How to get to the Turks & Caicos

Other direct flights from London, Boston, Toronto, Philadelphia, Montego Bay, and Nassau arrive on a daily, weekly, or bi-weekly basis. Flight schedules are subject to change, so be sure to check with airlines directly. The code for Providenciales International Airport is PLS.

US Airways flies from Philadelphia, Boston, Washington DC, Pittsburgh, Raleigh and Richmond, VA, with a connection in Charlotte, North Carolina.

United Airlines Weekly Saturday flight from Washington, D.C. to Providenciales starting Dec. 17, 2016. The flight out of Washington Dulles International Airport will be offered through April 29, 2017.

Flights are also available through the Bahamas on Bahamas Air, and via Air Jamaica, Dominican Republic, and Haiti.

Provo Air Center accommodates travel by private jet and has everything needed to make your stay comfortable.

Many car rentals companies are available on Provo. The Tuscany has secured a 10% discount on all rentals from Grace Bay Car Rentals. If a luxury SUV is more to your taste, then we recommend Hertz. Both companies provide airport greeting, pick-up, and drop-off services. If you prefer that our favorite driver pick you up, then contact Ossie Virgil at 649-231-0199. Mr. Virgil was given the 2009 Star Award for excellence in customer service and hospitality by the Turks & Caicos Hotel and Tourism Association (TCHTA).

Be sure to bring your driver’s license, and remember that we drive on the left side of the road!

Effective October 1, 2007, an expired passport, original or notarized copy of a birth certificate, and government issued photo ID will no longer be sufficient. U.S. and Canadian citizens must carry a valid passport to enter and leave Turks and Caicos.

As of January 23, 2007, all air and sea travel to or from Canada, Mexico, Central & South America, the Caribbean, Bermuda, and the Bahamas requires a valid passport.

General information about Turks and Caicos 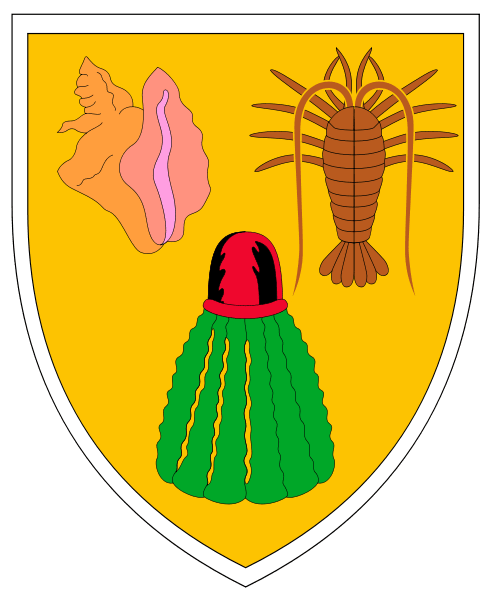 Located in the British West Indies (BWI), the beautiful Turks and Caicos Islands are east of the Bahamas, north of the Dominican Republic and Haiti, and 575 miles southeast of Miami. 40 islands and cays comprise the chain, but only eight are inhabited. The 22-mile wide Turks Island Passage separates the Turks Islands from the Caicos Islands. Salt Cay, Grand Turk, South Caicos, East Caicos, Middle Caicos, North Caicos, West Caicos and Providenciales are the largest.

Most of the islands are flat with sand dunes and lush green vegetation. The archipelago chain resides in the Atlantic Ocean, yet its islands offer the best of the Caribbean: the world’s third largest coral reef, 230 miles of white sandy beaches, and crystal clear, turquoise waters.

You can look forward to an average temperature of 83°F and only 35″ of annual rainfall guarantee that you’ll spend your days sunbathing on the beach, not marooned indoors. During September and October, the hottest months, temperatures reach 95°F (33 to 35°C), but consistent trade winds from the east help keep life comfortable.

If you’re looking for tranquility, not crowds, then the Turks and Caicos is your destination in the Caribbean. The islands follow Eastern Standard Time, and the US dollar is their official currency. The locals, or “belongers,” as they call themselves, speak English and are known for friendliness. Though Grand Turk is the capitol, Providenciales, or “Provo,” is the most popular tourist destination and features the twelve miles of Grace Bay Beach. The Tuscany sits on the northeastern coast of Provo, which has an area of 38 square miles, or 98 square kilometers, and a population of 31,000.

Need help with your booking?

We invite you to experience The Tuscany on Grace Bay. Contact us for more information about current rates and promotions. 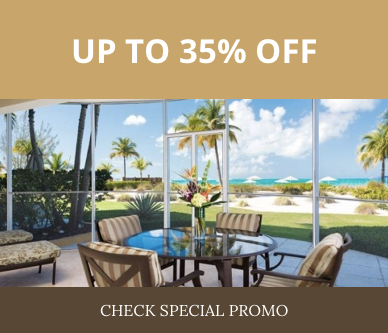